New Vehicles Being Used In Operational Duties Only: CCPO

Talking to APP here, he said the Punjab government had provided them with new vehicles and other resources even in the economic constraints due to Covid-19, and in return, the Lahore Police was all committed to improve its performance by eradicating crimes to strengthen writ of the government.

Umar Sheikh said that SP Complaints were playing a more effective role for timely registration of complaints of citizens, asserting that the police officers/officials who delayed or register false FIRs would be taken to task under Section 182.

To a question, he vowed that eradication child abuse and violence against women was one of his top priorities for which optimum use of forensic science and geo-fencing was being ensured to punish those involved in such heinous crimes.

"Elimination of criminal elements and easy delivery of best service to the citizens is the objective of our department, therefore all command officers have been directed to promote a sense of security in the society while maintaining the rule of law through friendly policing," he responded to a query.

He mentioned that installation of digital road signs would be completed in the provincial capital within next week, asserting that use of this modern technology would help educate the road users in effective manner. Tests for issuance of driving licence to citizens was also being revamped and expedited that will fully benefit the citizens and also enhance transparency and merit in this regard, he remarked.

The CCPO said that officers and personnel detaining the accused illegally did not deserve any concession as the entire force was facing criticism due to these few black sheep. Therefore departmental and legal action against those responsible for deaths in custody would be taken.

He was of the view that better attitude of police force was a key to establish and improve the trust between police and citizens therefore Lahore police under his command was also focusing on this factor to ensure better public service delivery so as to win the hearts of citizens.

Capital City Police Chief, while responding to a question, said that regular shooting practice of Lahore police was being ensured as this would definitely improve their performance in any emergency as well as fighting against the hard criminals.

About implementation of ban on kite-flying, he said that people involved in production, sale and use of metallic strings for kites did not deserve any mercy so all the circle officers had intensified the operations on regular basis against those violating the kite flying ban in their respective areas of jurisdiction. With an effective strategy, he said, the elements involved in this dangerous game were being put behind the bars so that precious lives of innocent citizens could be protected.

To another query, the CCPO disclosed that crackdown was also being intensified against illegal and unlicensed firearms holders in the provincial capital, asserting that licensed arms misused in various incidents were being suspended in close coordination with the agencies concerned. 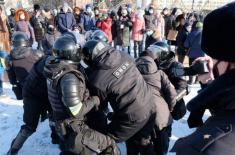 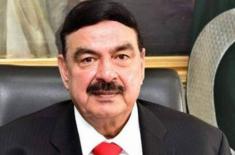 Govt to neither recognize Israel nor amend Khatam- .. 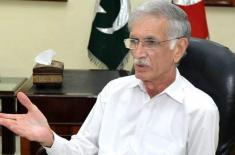 Opposition annoyed over investigation of their cor .. 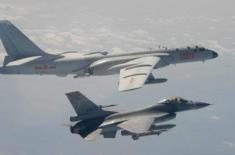 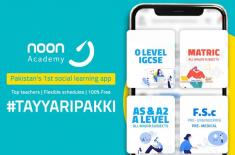 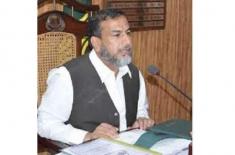