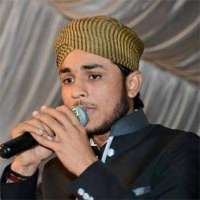 Farhan Ali Qadri is a young and famous Naat Khawan. He is 25 years old and has a passion for reciting Naats in all local languages like Urdu, Punjabi, Sindhi, and  Saraiki. He also recites Naats in foreign languages like English and Bengali.

Farhan Ali Qadri was born on 1st October 1995 in Jacobabad, Pakistan, to a Balochi family. The name of his father is Fazal Muhammad. Farhan began reciting Naats at the age of five by being a part of Milaad in school. He started getting fame and recognition after reciting the nasheed “ Noor Wala Aya Hai”.

Farhan Ali Qadri became famous as the youngest child prodigy. His Naat recitals showed his love and affection towards Prophet Muhammad (P.B.U.H) and the Almighty Allah. He has a unique and melodic style. He can perform for hours with this powerful voice at high intensity. Farhan Ali Qadri is considered to be one of the best Naat Khawan in Pakistan. He has traveled to Pakistan and other countries like Kuwait, Saudia Arabia, and Mauritius to perform his Naat recitals.

Farhan Ali Qadri has also released many albums and has performed live on my local TV channels. He has several awards at the national, regional, and provincial levels. When he was in school, he was always appreciated for his talent and participated in Milaad and other events to showcase his beautiful voice. People still enjoyed and thanked him for the performance, which was a great motivation for him.

Farhan Ali Qadri has a vast and wonderful collection of melodious Naats. Some of his famous Naats are:

He released his first album in 2006. When he reached the age of almost 12, he had released four albums. These albums revolved around the love and true meaning of affection towards the religion. His albums reached the hearts of many people and have inspired people worldwide. He remains busy throughout the year, especially in Ramadan and on Rabbi-ul Awal.

The name of some of Farhan Ali Qadri's famous albums are as follows: