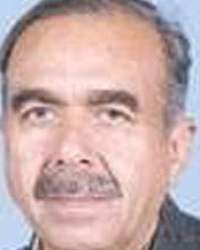 Malik Ghulam Murtaza Maitla was born on June 13, 1947 at Kot Wala, District Khanewal, Punjab. He has been elected for his first term as MNA as a PML(Q) candidate. Malik Ghulam Murtaza Maitla has previously been elected as Member of the Provincial Assembly of the Punjab for the term of 1997. He has also served as Chairman, District Council of Khanewal from 1988-1992. He received his Masters in Economics degree from University of the Punjab in 1966. He is an agriculturist by profession. He elected as member of National Assembly in 2002 elections from NA-159 , Khanewal-IV. Areas of Legislative Interest: Foregin Affairs Education Health Defence Membership of National Assembly Committees: Standing Committee on Food Agriculture and Livestock Standing Committee on Privatization Standing Committee on Scientific and Technological Research