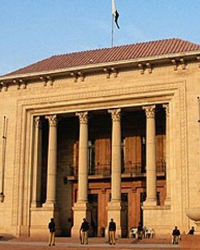 The Provincial elections in Punjab assembly, Pakistan were held on 11 May 2013 along with the national general elections, Pakistan Muslim League (N) was the top leading party in this election, PMLN won 248 general seats out of 297 total seats, and selected Shehbaz Sharif as Chief Minister of Punjab.
The total number of registered votes were 48534383, and 28635276 votes were polled, and turnover was 58.52%. There are 297 general seats in Punjab assembly, 66 reserved seats for women and 8 seats are reserved for minorities, total seats are 371. After PML-N, Pakistan Tehreek-e-Insaf PTI emerged as the second largest party with 24 general seats, and Pakistan Peoples Party (PPP) stood on third number with 7 general seats.
Results of 2013 Provincial Punjab Assembly General Election are given below as per the constituencies. By clicking on the constituency (halqa) number you can see the full scorecard, including winning candidate, and runner ups, according to the political parties, and the voters turnout.