A prize bond is a lottery bond. It is not a way of earning interest. People get the prices on regular draws. Prize bonds are issued on behalf of the Government of Pakistan. Every year, many people win the prize money in the bond through this bonding system.

It is a golden investment for poor, middle-class people. Because they can invest according to their saving or investment limits, and then they can get the reward in the form of a prize of that prize bond.

Bonds are 100% safe. If anyone wants the more chances of winning, they should buy the prize bonds in serials instead of random numbers. Prize bonds do not expire ever. You can hold them until you want to.

This bond is not the most common because it worths high. If someone doesn't get the chance to win the prize bond, he will not lose his 40000, but the amount will be of no profit too. So fewer people take an interest in bonds of 40000.

The prize bond scheme was started in 1960. The Government of Pakistan started it. This scheme was about the earning of money from the public at cheaper rates. Prize bonds can be purchased from the State Bank of Pakistan. If someone wants to purchase the bond, he needs to fill the form and submit it to the State Bank.

How the prize bond work:

The lucky draw of prize bonds is held by the committee of the National saving of Pakistan. The hand operating device selects the lucky draw winner. It is done by a child who operates the machine, and then the machine selects the winner. A prize bond ceremony is held twice every year. The general public can also attend the ceremony.

There is a total of three number of prizes of prize bond of 40000:

How to check online prize bond:

When someone wins a prize bond, he can check his prize bond denomination online. If you need to check the bond status online, put the denomination number & prize bond number. You will see your results on the screen.

How to claim the prize:

The documents required for claiming the bond prize is: 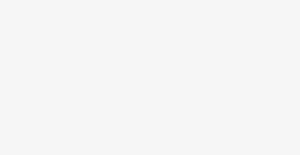