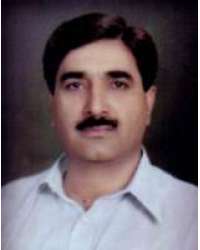 Mr Ghazanfar Abbas Chheena son of Malik Sharaf Shair was born on December 15, 1962 at Hyderabad, Thal. He has obtained the degrees of M.A and that of LL.B. An agriculturist, who remained Member, Zila Council during 1991-93, and has been elected as Member, Provincial Assembly of the Punjab in general elections 2013. He has visited Saudi Arabia and India.