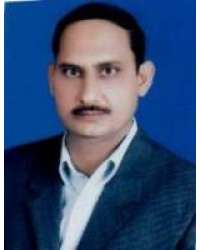 Rana Tahir Shabbir son of Rana Shabbir Ahmad was born on January 1, 1970 at Multan and is a Matriculate. He belongs to a well known Rajput family which had migrated from “Khaira” village of India, District Hassaar and is considered the most respectful family in Multan. His father was a renowned politician and an agriculturist. Rana Tahir Shabbir served as Member, District Council during 1997-98; and as Nazim, Union Council No.89 during 2002-05. An agriculturist, who has been elected as Member, Provincial Assembly of the Punjab in general elections 2013. His brother-in-law, Rana Mehmood-ul-Hasan was MNA during 2002-13 and is a sitting MPA from PP-196