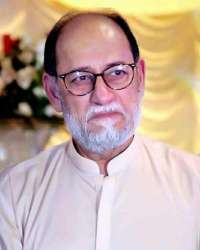 Politics being the family business, another great man of the family entered politics. And ever since has been nothing less than a symbol of excellence. Generousity, honesty and modesty being but a few of his qualities. A man true to his word, principles being the foundation of his life and job, has brought about massive changes in the nation, not only making it’s foundation even stronger, but also making society a safer and more educated place to live. Youth plays an important, because they are the tomorrow of any nation, and no one has done more for this very youth, than Mr. Asghar. All hail Mr. Asghar! Ch. Sameed Ashraf is of the Rajput family. Words fall short to explain the excellence that is him. Generous, helpful and Modest are just a few characters of Mr. Ashraf. Apart from being a great person, he succeeded himself in every from of education as well. FSc from FC College where he was also Secretary Urdu (a prestigious title a lot wish to own). After which he continued his journey in the field of education in Engineering and also Political Sciences. There are quite a few many lives Mr. Ashraf has touched and remember him and are thankful to him till date. A helping hand is he, when no other hands are available. He has done a lot for the Youth in all respects, and all of them take him as their leader. Be it politics or a mere simple problem, Mr. Ashraf has always been able to solve all problems, as he always says, “There is no such thing as an unsolvable problem, there’s always a solution, all you have to do is find